Graffiti in the Living Room 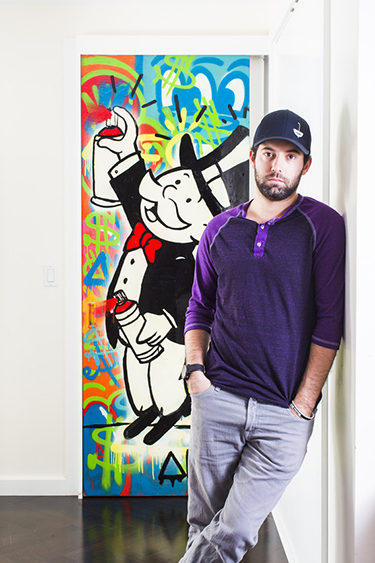 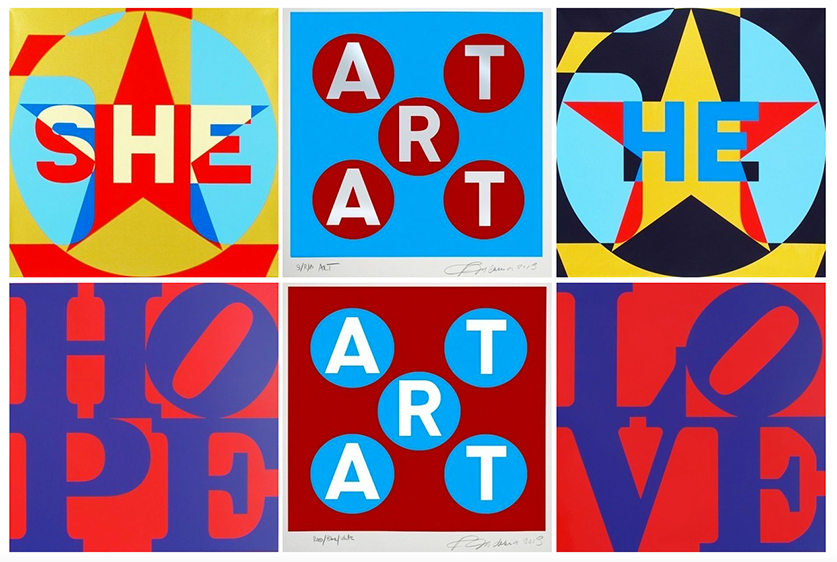 The National Endowment For The Arts has featured Lady Pink and her Woodward Gallery exhibition in their most recent issue of “Ahead of Their Time,” which can be found here. 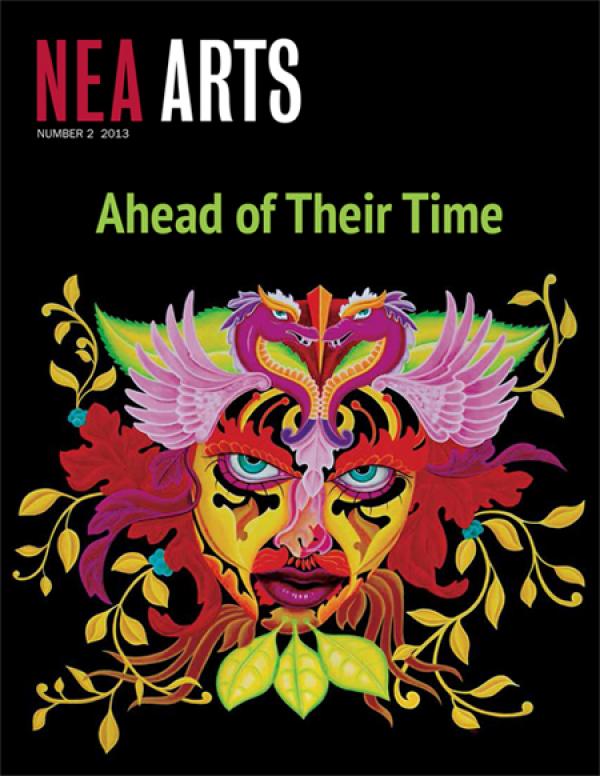 Robert Indiana is concurrently featured with traveling exhibitions at The Whitney Museum of American Art (Retrospective) and The Munson Williams Proctor Arts Institute. Woodward Gallery is delighted to be among these prestigious institutions, and will unveil Part II of Robert Indiana’s new body of work, “Icons”, on paper and canvas in November and December 2013.

The “Icons” Exhibition features lasting single word messages. The launch of his most recent work includes “EAT”, “HE”, “SHE”, “ART” to reveal what has become precious to this Artist in his 85th year. Robert Indiana originally premiered “EAT” at the World’s Fair in 1963. Now fifty years later, Indiana is inspired to revisit this iconic symbol in contrasting color and letter arrangements. The early works of art at the Whitney Museum curated by Barbara Haskell “explore the power of language, American identity, and the artist’s personal history for five decades” while his present works of art at Woodward continue to reinforce just how relevant Robert Indiana remains today!

Woodward Gallery exhibits Robert Indiana this holiday season in the historic Four Seasons Restaurant at 99 East 52nd Street, NYC with the Alphabet “A-Z” series in the lobby and the “EAT- ART” installation of large scale canvases in the Pool Room.

Robert Indiana is among the world’s most revered living artists with works in the permanent collections of more than 100 museums including: the MOMA, the Whitney, and the MET in New York; Shanghai Art Museum, China; Tel Aviv Museum of Art, Israel; Museum Ludwig, Germany and the Louvre Museum, France.

Additionally Woodward Gallery organized an interactive, educational scavenger hunt for icons from urban-based art work throughout the maze. The participating Artists are: Matt Siren, Richard Hambleton, Stikman, Cassius Fouler, Darkcloud, Royce Bannon, Moody, and UFO.
Barton Orchards is celebrating 20 years of the Farm being open to the Public as Hudson Valley’s premier farm for pick-your-own-fields with more than 20 varieties of Apples, Peaches, Plums, and Sweet Corn.