Terence Netter (1929-2018) met Lee Krasner in 1964, when, as an MFA student at George Washington University, he visited her home and studio in Springs. At the time he was a member of the Jesuit Order, and was profiled in The New York Times as “A Priest Who Paints.” After leaving the priesthood to marry, Netter served on the faculty at Santa Clara University and Choate-Rosemary Hall, and in 1979 became the founding director of the Stony Brook University Fine Arts Center. It was through his friendship with Krasner that the Pollock-Krasner House and Study Center was deeded to the Stony Brook Foundation.

in 1997 Netter’s work was featured at Stony Brook University Art Gallery in an exhibition titled “Visions and Revisions.” Inspired by that show, this selection of his paintings  illustrates his penchant for revising earlier work, a signature practice of Krasner’s. Whether or not her approach influenced him, the two artists shared a devotion to the creative life not unlike taking holy vows.

– Exhibition details can be found here

– Digital brochure can be found here 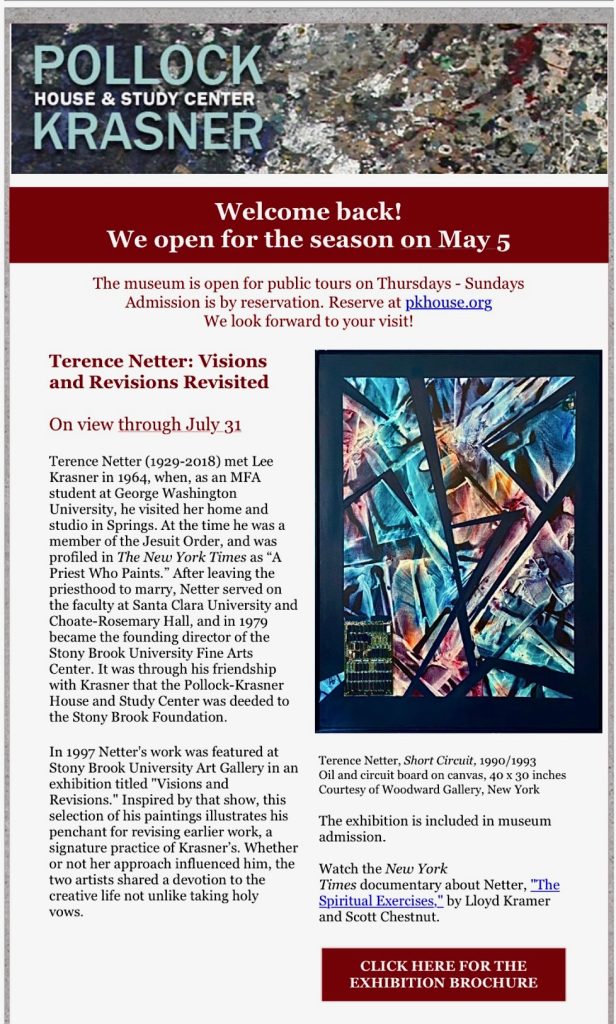