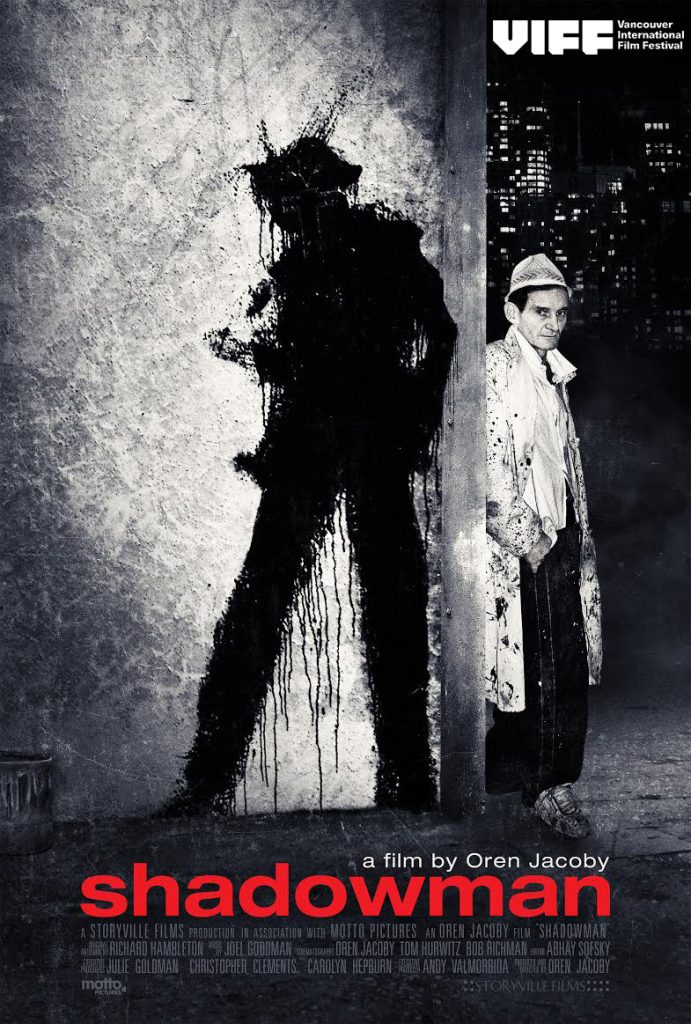 Shadowman, directed and written by Oren Jacoby. (USA)
Now showing at The Vancouver International Film Festival from September 28 – October 13th 2017 in Vancouver, BC.
In the early 1980s, Richard Hambleton was New York City’s precursor to Banksy, a rogue street artist whose silhouette paintings haunted the sides of Manhattan buildings. Like so many other geniuses of his time, he fell victim to drug addiction, even as his work continued to rise in both demand and value. Shadowman doubles as both a time capsule of a forgotten New York City era, and a redemption story.